sand between your toes, memories of beach holidays past

some inspiring posts for this challenge:
https://tomwarrenphoto.wordpress.com/2015/07/31/heron-on-the-hudson/

Broken For this week’s theme I thought I’d post some of my photos of broken cars.

where cars go to die…

Ladas were the butt of many jokes, when they were imported to Britain in the seventies and eighties. Most disappeared from UK roads after the Soviet break up, as Russians and others from the former Soviet Union were intent on buying them up.

What do you call a convertible Lada with twin exhausts?

In the early seventies my father had a Moskvitch 427 for a year, he exchanged it shortly after the rear passenger door came open as we were travelling along…we almost lost my sister…but she clung to the back of the front seat for sufficient time to allow my father to stop. I don’t have a photo of his Moskvitch, which was a tan coloured estate with a vinyl roof. 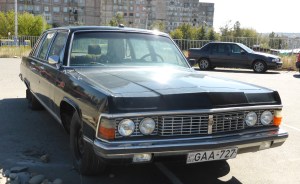 This Chaika was parked near us for months and then one day it disappeared never to return. 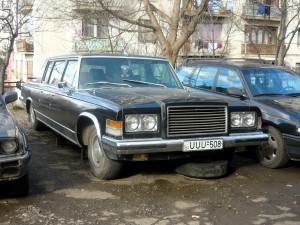 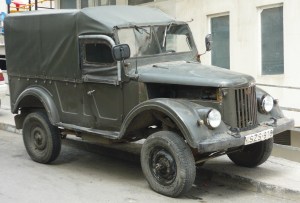 Lada with Armenian plates and Ford badge in grille

Walking to the metro takes about 15 minutes and I see at least half a dozen Ladas. The other common Soviet car here is the Volga, these I only knew of from books in England but here they are plentiful. 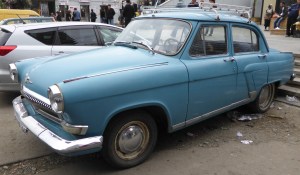 I remember in the Observer’s Book Of Automobiles I had as a child the last car was a Ukranian built Zaporozhets 968M, which closely resembled an NSU Prinz. I had never seen one until I arrived in Georgia, it is not common here but there are a few still about. 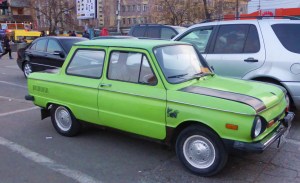 The only Soviet cars I actually own are in 1:43 scale.

Models of cars made in USSR

One of the Facebook Groups I am more actively involved in goes by the name of “Autoshite!”

A question was asked in the group. “What’s the base definition of shite?”

One of the site administrators, Jim Welch replied, “Shite is subjective. Was it mainstream, loved, revered, dreamt about, posters on walls? Then it’s not shite. Shite is the underdog. The laughed at, the ridiculed, the beige, the entry model that has almost disappeared. We see RS2000s, but where are all the 1100L models? Sierra XR and Cosworth models by the ton. How many manual window, grey bumper, Diamond White Sapphires remain? That sort of thing. Nobody ever dreamt of a base model. That’s because they weren’t desirable. They existed only to make the range look cheap to buy. FSO, Yugo, Moskvich. Skoda RWD, certain Maestro models, etc. One offs, kit cars, home built specials… (remember the DS van?) There’s a thing. Citroen before they got sensible. Chapron convertibles not included. Modern stuff like Bristols and the Citroen C6…. certain Morgans….. but certainly not all. The list evolves around taste. Future shite isn’t decided. People saying “is my Mk1 Focus shite?” No. But who knows what the next 12 months will bring? Be vigilant people. Spottings are what we want to see. Get them in the wild. Shite in captivity is OK, but unplanned spots work best on here. Talbot Tagoras and Ranchos.. they’re ubershite.”

Living in Tbilisi. I daily see plenty of Soviet shite, also on occasions American, Japanese and even German shite but very little British shite. I’ve never seen a Talbot Tagora here nor an Austin Allegro. But I enjoy spotting the diverse range of cars that do make it to Tbilisi, frequently posting my findings in the group.

I used to pass this GAZ Chaika M14 every day for months it was parked in the same spot, I never saw it move, then one day it was gone 😦

French autoshite is popular with some members of the group, I don’t see a lot here but I do pass this Renault Vel Satis regularly. I have never seen a Renault 25 in Tbilisi, if I should ever see one, I’ll take a photo, post it to the group and tag Prab, another of the site admins who is crazy about these cars. 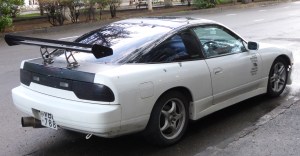 There seems to be a small scene here revolving around Nissan Silvias (or should that be Silviae?). The streets of Tbilisi aren’t really suitable for sports cars having far too many irregularities.

One of my favourite Soviet cars for spotting is the Zaporozhets, a small rear engined car built in Ukraine. It is quite rare to see them on the road, unlike Ladas or Volgas, but there are numerous abandoned hulks slowly rusting away. In the second Disney “Cars” film a Zaporozhets is among the bad guys, the “lemons” along with a Zundapp, AMX Gremlin and AMX Pacer.

I have been spotting cars ever since I can remember, the first photos I took with my first camera were cars, so the group seems ideal for me. There are over 3000 members so it would seem a lot of people are also interested in “Autoshite” or “chod”.

There is a fine line between shite and shit and sometimes there are disputes as to which is which. Chrysler PT Cruisers and Mitsouka Viewts can be filed under “shit”.

BMW X5 is shit and not just because of the parking

There is a lot of humorous automotive banter in the group, some subjects brought up have included extortionately priced “Barn Finds” (those with a white background command even higher prices apparently), OMGHGF (Oh My God Head Gasket Failure)  a problem associated with Rovers, whether a Jaguar is just a tarted up Mondeo (X Type had many Mondeo parts), a lot of obscure facts are proferred and numerous opinions of anything automotive given. 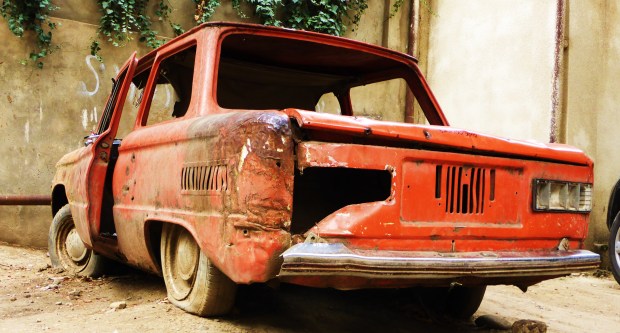 I saw this Zaporozhets near Tbilisi Central Station, sightings are becoming increasingly rare of this small Ukranian made car which resembles a little an NSU Prinz. Ladas and Volgas are still plentiful here.