Mars Curiosity Rovers home in on a Mars Bar 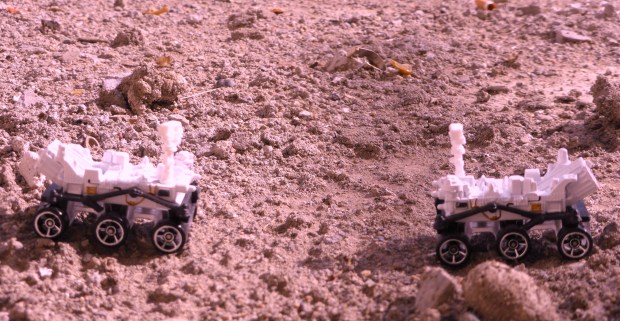 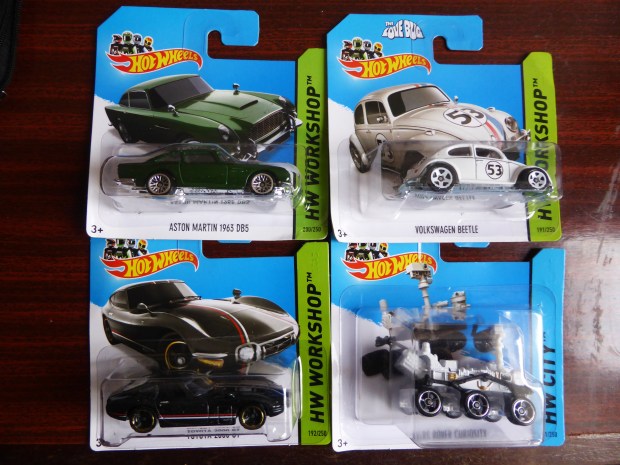 I have had small diecast cars for as long as I can remember.  On my first birthday cake was a Matchbox racing car, so I’m told. Then there was a Matchbox Pickford’s Removal Van with sweets in the back, occasionally restocked by my mother. My earliest actual memory is being on a train holding a Matchbox Racing Car Transporter, I would have been three at the time.

I don’t have any of the models I actually played with in my childhood. But I do have some of the same models picked up more recently at Car Boot Sales and markets. When I came to Tbilisi, I only had two suitcases for all my worldly possessions including half a dozen diecasts which I hadn’t sold or given away before leaving UK. Now I have around 300 mostly bought in Tbilisi in markets and toy shops, supplemented by those found on trips to England found in Boot Sales and  Shops and a few found in a Paris fleamarket and even some bought at the Airport Shop in Istanbul.

Now in the era of social media I find myself in groups of fellow collectors on Facebook…a couple of Philippines Hot wheels‘ Clubs, a couple of Matchbox Groups  ….

My preferred brand is Matchbox but Hot Wheels are more readily available here and the two rivals are both now owned by Mattel. My preferred scale is 1:64 as they are relatively cheap and easier to store and display. I don’t have any 1:18 models, they look fantastic but can cost around $200 a time….I wouldn’t spend that much on one car. My largest model is a Maisto 1:24 Chevrolet Corvette (1970).

Yesterday I was excited to find the four Hot Wheels in the photo. I love the cars of the late sixties and early seventies. This maybe because I  was a child then and these were the first cars I recognised or it maybe that these are simply the most beautiful. Three of the cars yesterday were from the sixties:…

Top of my Hot Wheels‘ wants lists now are:

I’m sure in future blogs, I shall reflect on my collecting…I am 49 years old going on 8… yesterday finding these four, I felt the same excitement I did when I was eight years old finding a model I really, really wanted.

Reflections on why I collect diecast cars

Four months on from this original post and I now have doubles of all of these except for the VW “Herbie.”