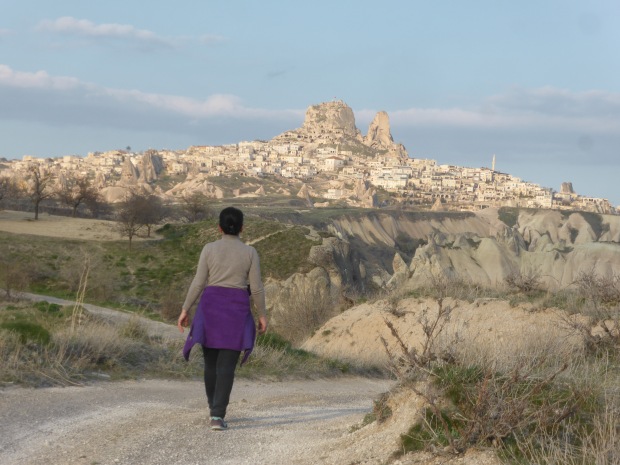 We took a bus from Ankara on the day of the Turkish referendum (April 16 2017), south to Göreme in the heart of Cappadocia.  My wife had wanted to visit Cappadocia for a long time, many saints revered in Georgia like St Nino and St George had come from that region. In both directions our bus was stopped at police/army checkpoints so the authorities could check everyone’s ID. 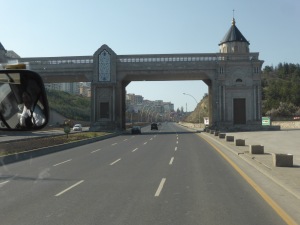 Heading out of Ankara on the bus

The bus stopped at Nevşehir, where we took a smaller shuttle bus to Göreme. The Göreme National Park was added to the UNESCO World Heritage List in 1985. After we had found a hotel (a cave hotel) and booked a tour for the following day. We headed out to the Göreme Open Air Museum.

The churches and other dwellings in the rocks are reminiscent of  Vardzia Cave City in Georgia . Entrance to the Museum was 30 TL with an extra 10 TL if you wished to visit the “Dark Church”. The Dark Church has the best examples of seccos (like frescoes but painted on dry rather than wet plaster): multicoloured angels cover the pillars and vaulted ceilings, along with scenes such as the birth of Jesus, with an ox and ass poking their noses into the manger. As the church’s name suggests, the lack of light has preserved the representations, which still look fresh and vivid after a millennium.

Capadoccia means “the land of beautiful horses”, there were certainly a few about but we didn’t go for a ride. There were some other interesting fauna: birds like the Black Redstart (Phoenicurus ochruros), for example.

Puppy chasing geese
After the sights of the Göreme Open Air Museum, we had a meal in a cafe in Göreme  and retired to our cave hotel (Coco Cave Hotel). On the second day we took a tour with Insider travel, there were three tours to choose from we chose the “Green Tour”.

Our tour began with a stop at The Göreme panorama with a view over the area, before a visit to the local onyx factory. Here we had a demonstration of how onyx is shaped and also a chance to peruse some local jewellery. The sultanite jewellery was impressive as it changed colour according to the light from brown to red to green (Its gemological name is diaspore. It contains traces of chromium, iron, manganese and titanium.). 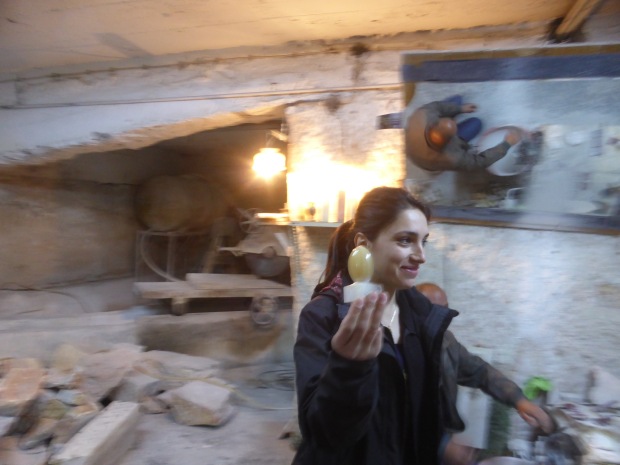 At the Onyx workshop

Then it was a long ride to the Ihlara valley, where we had a 4 km hike along the valley to work up an appetite for our lunch taken at a restaurant along the river. It is believed that the valley housed more than four thousand dwellings and a hundred cave churches decorated with frescoes. 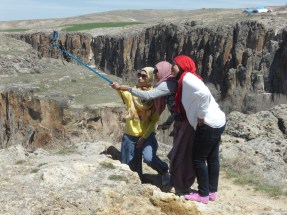 At the end of the walk was the Selime Monastery, an impressive cluster of buildings carved out of the rocks. 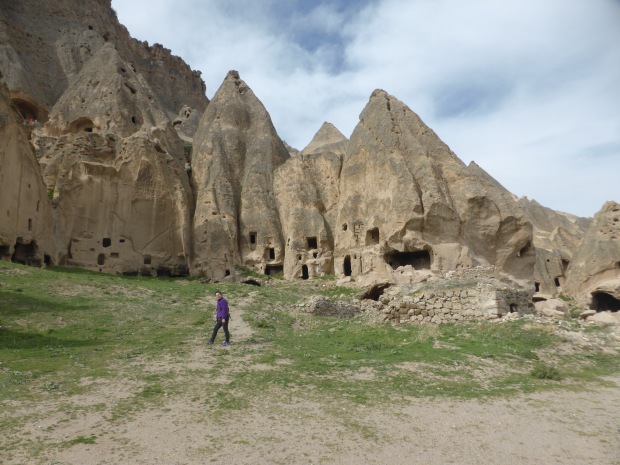 Then it was back into the bus to the impressive Underground City of Kaymakli, discovered in 1964. It is believed to have housed thousands of people from the 6th to 9th Centuries. Five of the eight levels are open to visitors. 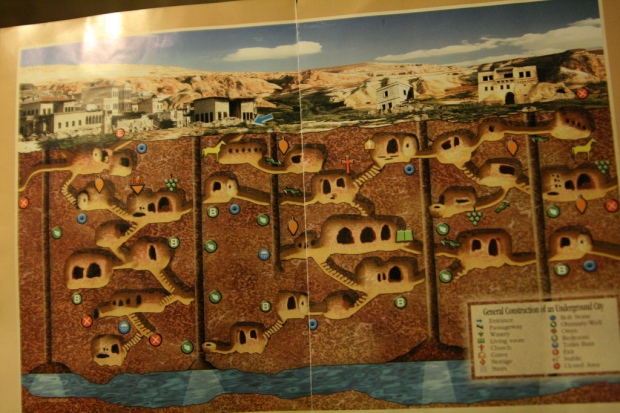 Here our guide, Alli,  decided it would be fun to film a video clip for the “Mannequin Challenge”, we had to freeze in interesting positions while he filmed us, I was impressed by the results (here is the link): Mannequin Challenge inside Kaymakli Underground City

Our final stop was for some Turkish Delights of a sweet nature, a chance to try some local specialities, as well as loukum there were dried fruit, nuts and dried apricot kernels.

A room at the Coco Cave Hotel cost 100TL a night and the Green Tour with Insider Travel  was 100TL per person. Cappadocia is an amazing place.