In September 2000, I had an idea for an art project. Every day I would create some art: a drawing, painting or collage on a postcard and send it in the post. Every day for one year. This is where the 365 in my blog address comes from. I started on 01.10.00 (1st October 2000) because I thought the date looked cool and continued until 30.09.01. 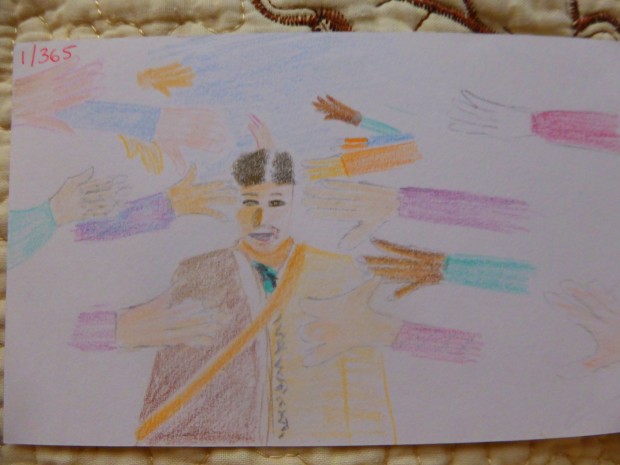 I was working at the Royal Mail at the time, so using the post as part of the project seemed fitting. I don’t know what exactly the recipient felt about these cards, I think he was mildly amused. My goals in creating the project were vague and undefined. I was, I think hoping to hone my rudimentary artistic skills. I enjoy writing, drawing and photography but I am very much an amateur in all these fields. This blog has given me an outlet for my writing and photography. There could be a part of me craving recognition or just wanting to share my views of the world.

The subject would differ from day to day. I didn’t strictly make one a day, some days I would do none, other days I would do two or three but I surprised myself by managing to complete 365 in one year. There were many drawings usually copied from photographs, often of celebrities. 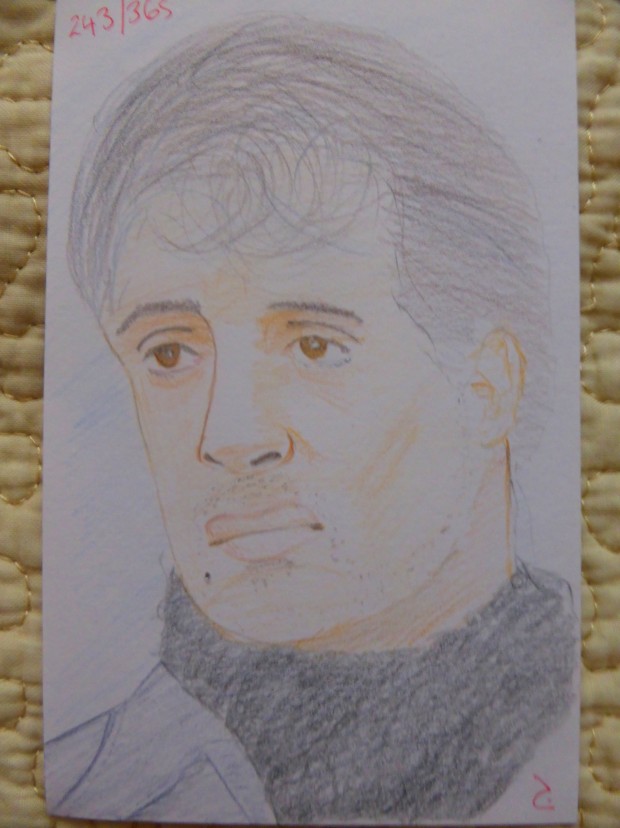 I came across the cards again in September when we were sorting through the contents of mum’s bungalow, as she prepared to move into an old people’s home. I don’t have all 365, it was amusing to see them again. I often feel I should do more drawing and painting, one of the reasons I bought the Moleskine, a week ago.

It may be appropriate that Kafka was the subject of one of the last cards, he was a great writer but barring a few short stories, he was unpublished in his lifetime. He had asked his friend Max Brod to destroy all his work on his death, though luckily for us Brod ignored this request. The novels we have of his: Amerika, The Trial and The Castle, are unfinished, he continually rewrote them and had no publisher screaming at him for the finished manuscript. 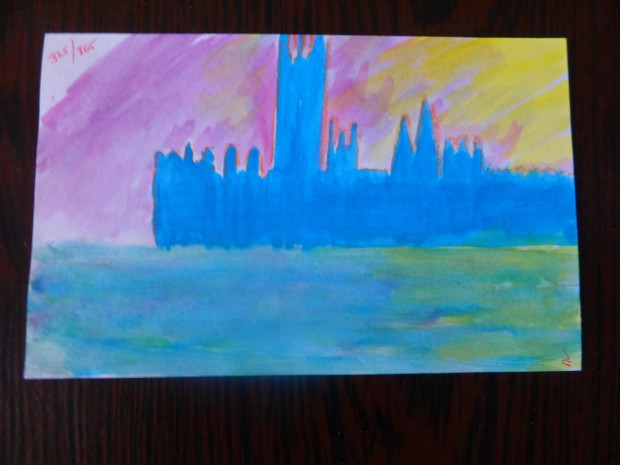 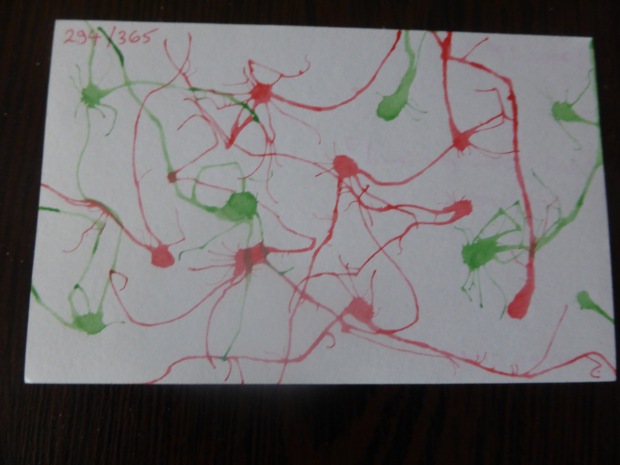 The mind blowing picture was created by dropping paint on the card and blowing the drop with a straw. I did three of these cards using complementary colours: red/green, blue/orange and yellow/purple. 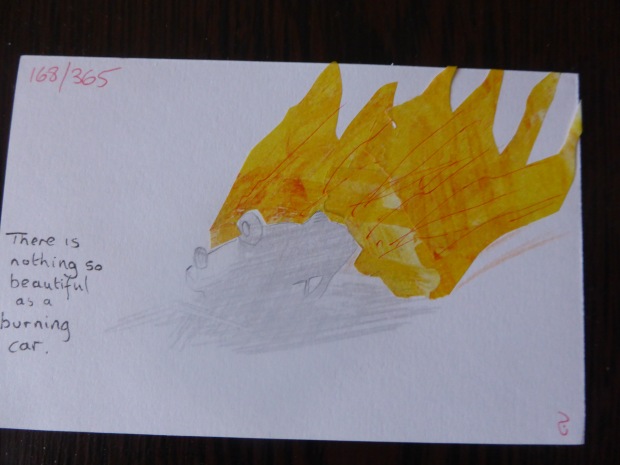 I haven’t made such projects since, maybe it is time to find a new project.