Tbilisi has been in the news today (14 June). Last night there was heavy rain, the river Vere burst its banks and flooded the zoo. Many animals were drowned and some escaped, some people have been killed too. We have been watching the news, one of the most viewed pictures is of a hippo in Heroes’ Square.

We have been advised to stay in our homes while wild animals are still at large. The news has been picked up by all the major news agencies, reporting different numbers of casualties, but often using the same images picked up from Facebook and Twitter. Twitter is full of information, but it is difficult to know its verity. There is a hashtag #Tbilisiflood

News of Tbilisi floods on RT

News of Tbilisi floods on aljazeera

It has been an odd day sitting at home watching the news, going a little stir crazy. The last time I watched an unfolding news story was the day of the Charlie Hebdo massacre, but that was many miles away in Paris, this is here in Tbilisi. Two bear cubs, I heard had been captured near the metro station I use every day. All I have seen of the story are the helicopters periodically flying overhead looking for escapees.

There had been talk of moving the zoo from the centre of the city to beside the Tbilisi Sea, a big reservoir, but it never materialised, maybe after this tragedy, they will do something.

The zoo before the flood was a rather sorry sight with poor facilities for the animals. Here is a photo, I took of the bear pit three years ago. 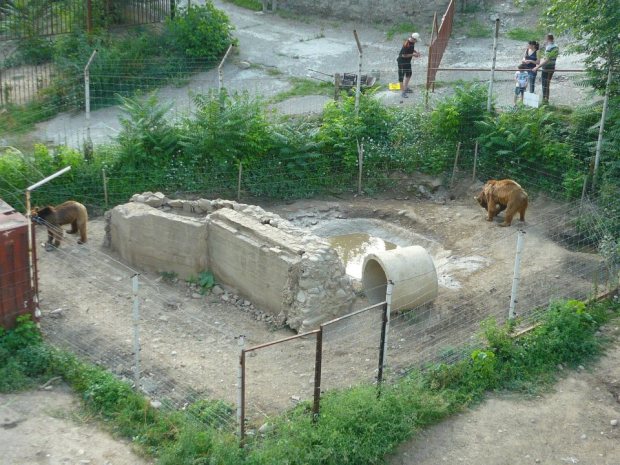 I am not a fan of zoos, keeping animals for our entertainment. A safari park is slightly better and may help preserve species hunted to the brink of extinction in the wild. I haven’t heard any news about the monkeys, this little fella didn’t seem too happy behind bars…