I want to move away from children’s books and read something more interesting. Palitra, a Georgian publishing house, have a series of books about “დიდი ქართველები” (Great Georgians). These are aimed at children, it is true, but they are not fairytales, they remind me of the Ladybird Books I grew up with in England, from which I learnt a lot. 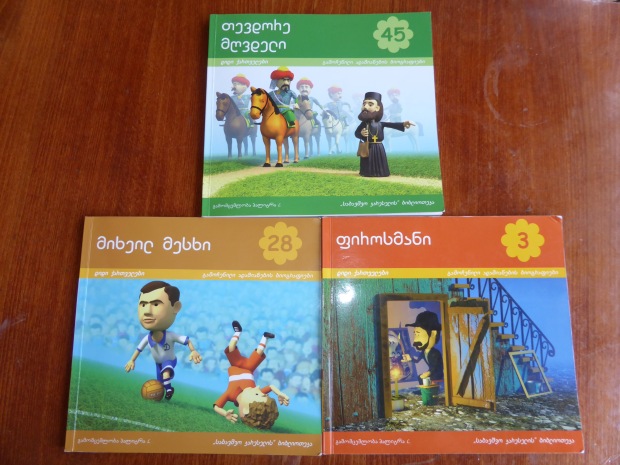 a sample of the “Great Georgians”

I usually borrow them from the Mediatek and return them having just looked at the pictures. The biography of Pirosmani (ფიროსმანი) is the first I have actually read in its entirety. My wife helped me with every sentence (she is better than Google translate).

Niko Pirsomani is possibly the most famous Georgian painter. He was born in the village of Mirzaani (მირზაანი) in Kakheti (now part of Georgia, then part of the Russian Empire). At the age of eight he moved to Tbilisi in the care of his newly married elder sister, Mariam. 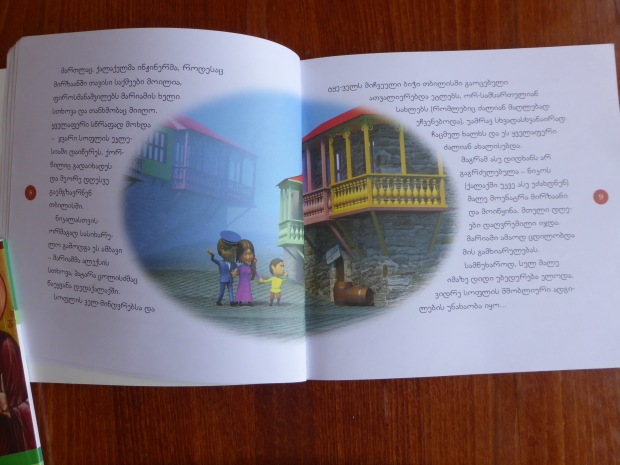 Young Niko moves to Tbilisi with his sister and her husband.

Unfortunately Niko’s sister died of cholera and Niko had to support himself working as a servant to wealthy families.

Niko taught himself painting and developed his own distinctive style. One of his specialties was painting directly onto oilcloth (the medium being much cheaper than canvas). At the age of 20 he opened a painting workshop with another self-taught artist, George Zaziashvili, where they made signboards. 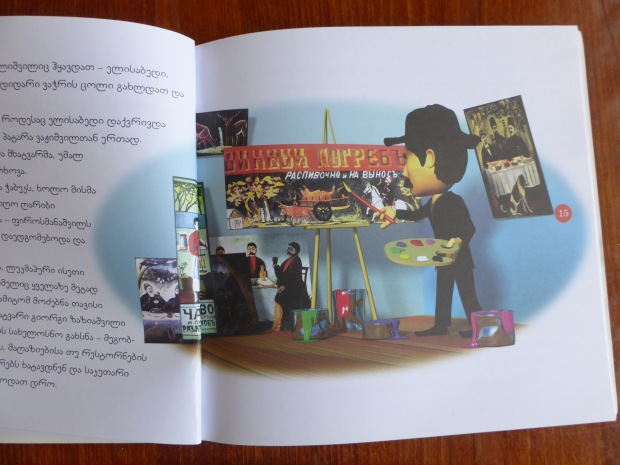 Painting signs for bars in his distinctive style.

Pirosmani had other jobs in his life, he was a train conductor and at one time he sold dairy products near to where McDonalds is now located in Rustaveli Avenue. As a painter he struggled and often had difficulty even affording the materials for painting. 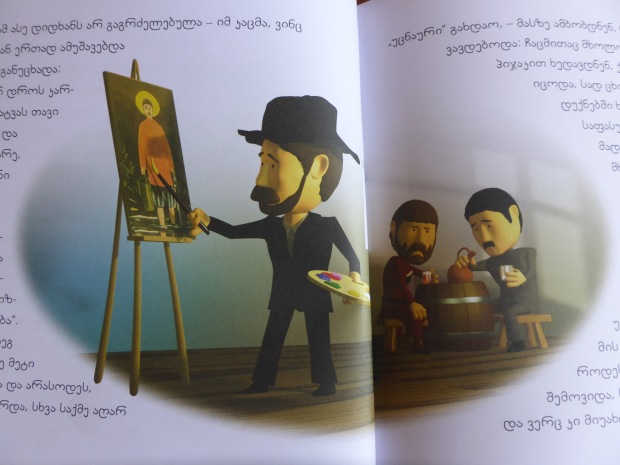 Vazha Pshavela sometimes visited the bar where Pirsomani was painting.

He was very shy and although he greatly admired the poetry of Vazha Pshavela, when Vazha visited the bar where Pirsomani was working, Pirosmani was too shy to introduce himself.

Members of the art establishment were slow to recognise Pirosmani, although they noticed his signs all around Tbilisi. He did exhibit some paintings in Moscow at an exhibition for self taught artists. The Society of Georgian Painters, founded in 1916 by Dito Shevardnadze, invited Pirosmani to its meetings, but his relations with the society were always uneasy. 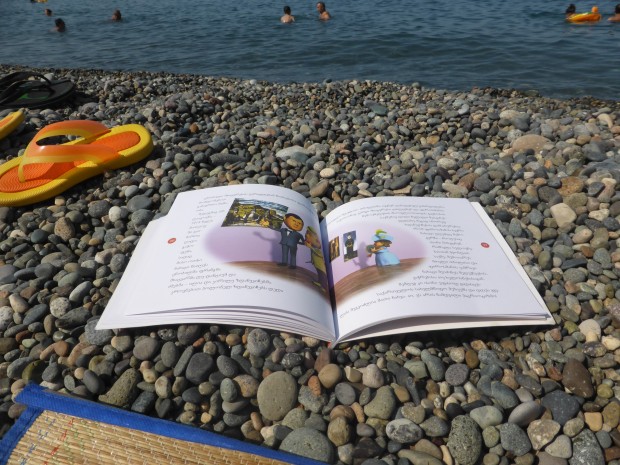 Reading about Pirosmani on the beach in Gerogian

Pirosmani suffered from poverty and ill health throughout his life. He never married although he was besotted by a French actress, Margarita, who he painted and sent many flowers which he could ill afford. In his last years his lodgings were a former broom cupboard under the stairs. he died in 1918. 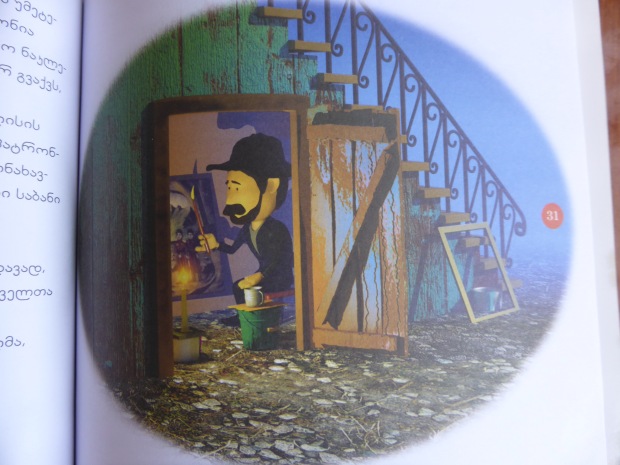 Pirosmani in his room under the stairs.

When he died in 1918, his passing went virtually unnoticed, and it is unknown today where he is buried.

Pirsomani’s reputation grew after his death, Pirosmani was the subject of a film made in 1969, that won the Grand Prix at the Chicago Film Festival in 1972.

In 2013 to celebrate the 150th birthday of Georgia’s most famous painter. 108 works taken from the national archives were showcased at the national Gallery in Tbilisi,  the largest-scale exhibition of Pirosmani since the 1970s. Pirosmani Exhibition

There are at least 44 other books in the series, I shall try to read some more: