I like looking for natural frames to surround the subjects.

Here the leaves in the foreground provide a natural frame for the gardener. 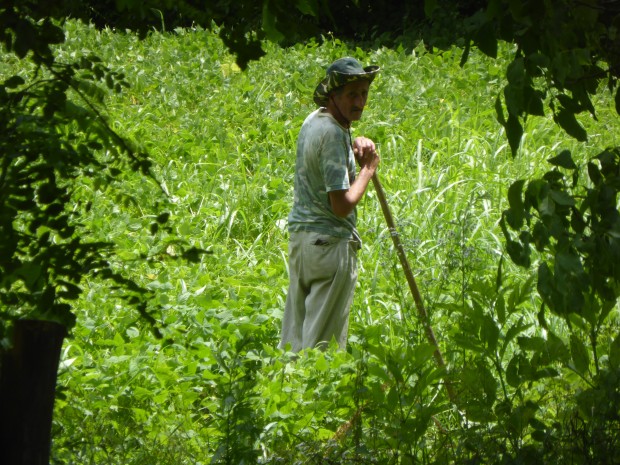 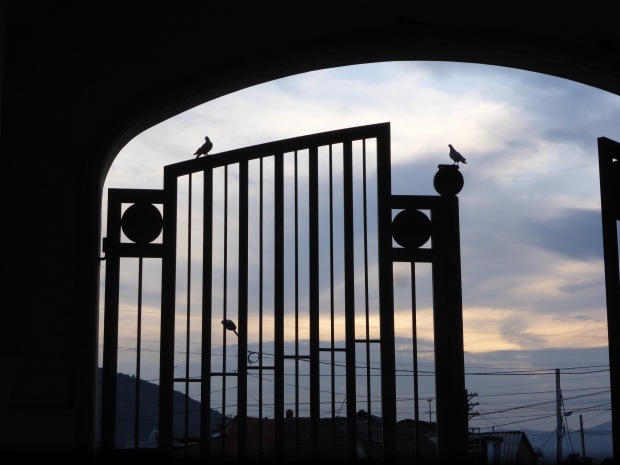 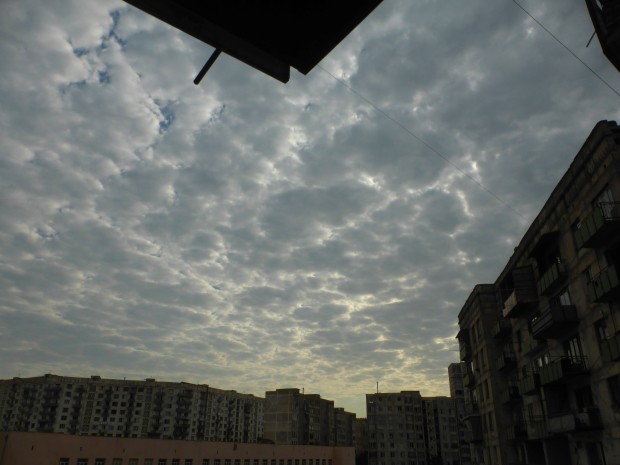 Heart-like frame for the sky

This post follows on from A trip to Racha: Day 1

Because some of our group were enjoying the previous night’s supra (Georgian feast) until 3am, Sunday didn’t get off to an early start. After we’d breakfasted and got everything ready,  we finally left the guest house at 1pm. The weather on the Saturday had been hot and dry, on the Sunday it was cooler and  more overcast with some rain. 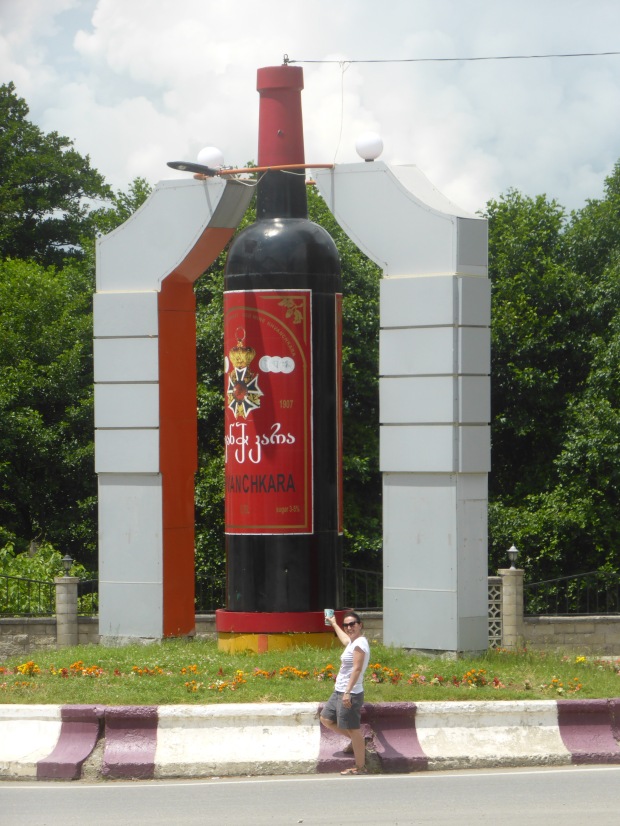 Khvanchkara, a rich red wine said to be Stalin’s favourite

Stalin’s first wife, Ekaterina Svanidze, was born in Racha, tragically she died of typhus at the age of just 22. Stalin reputedly said ‘This creature softened my heart of stone. She’s died and with her have died my last warm feelings for humanity.’  Stalin allowed her funeral to take place in an Orthodox church despite his atheism.

Our first visit would be to another church, the chapel of the Virgin at Barakoni in the village of Tsesi built in 1753. 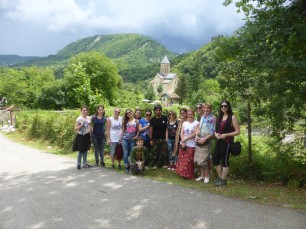 The grass around the church is still cut with a scythe.

The church was closed and desecrated under the Bolshevik rule. It suffered further damage, though not serious, in the 1991 Racha earthquake, but was quickly repaired.

After Barakoni we took a long unpaved muddy track up into the Khikhata range to the church of St George in the mountain village of Mravaldzali. The views over to the peaks of Svaneti were awesome. We passed another vehicle, whose driver suggested we had just another 2km to travel, half an hour later we finally reached Mravaldzali church. Nika’s driving was exemplary.

view from the track

The interior of the church felt holy. A sanctuary from the outside world.

We didn’t stay long at the church and returned along the muddy track admiring the view until we came out by the River Rioni. 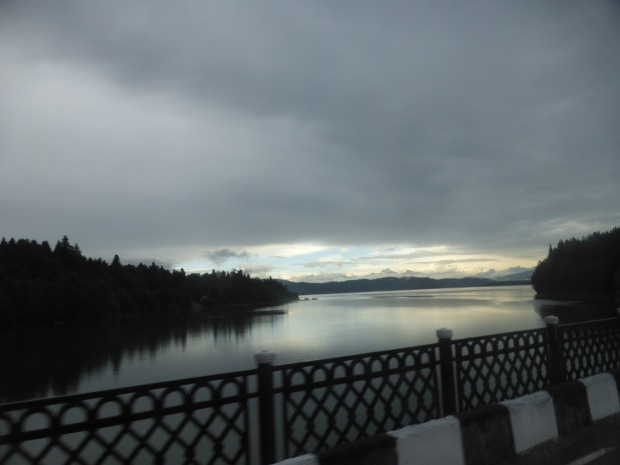 Then, as is the Georgian custom another supra, I sat out most of this feast, my stomach is not Georgian. 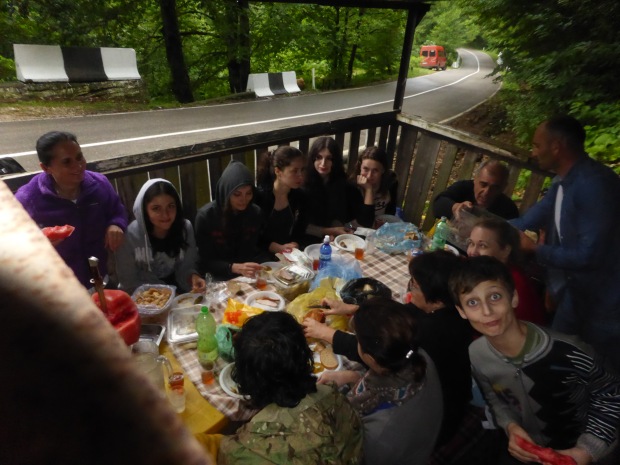 Supra by the roadside sheltered from the rain.

We finally got on the road home at 9pm, arriving in Tbilisi around 1 am.