Four years and five months in Georgia and my knowledge of the language is still woeful.  On Friday, I joined the Mediatek (library) and borrowed some children’s books, with the aim of finally learning Georgian through reading.

Three of the books are level one readers aimed at Georgian children, the fourth is a book about the Georgian painter, Pirosmani (ფიროსმანი).

I started with the tale of the lion and the mouse ლომი და ტაგვი.

ხის ძირას ლომს ეძინა … a lion was sleeping under a tree…Georgian has six cases as does Latin but they are not quite the same… lion is ლომი but here it is ლომს the -ს is at the end for some reason and tree is ხე  but here it is ხის… this is complicated!

Now there is something about a mouse jumping over the lion causing the sleeping cat to wake… “ღრრრრრრრრრრრრრრრრრ…” is how lion’s roar in Georgian. 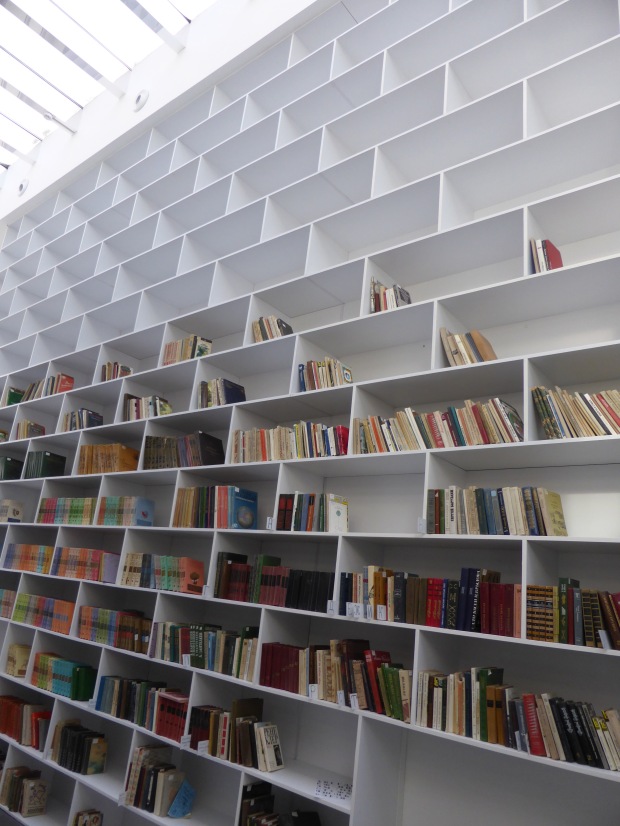 Plenty more books when I finish reading about the lion and the mouse. I did manage to read the lion and the mouse today, to Ana, my five year old grand daughter. I didn’t understand everything, so I’ll have to go through it again. I understood the main drift of the story: The lion was angry for having been woken up, and wants to eat the little mouse but the frightened mouse begs for mercy and the lion spares him, the mouse says he will help the lion in future, which causes the lion to laugh. Then one day, the lion is caught in a hunter’s trap, the mouse hears the lion’s cries for help and gnaws through the rope net, freeing the lion, they become friends and live happily ever after…

Now maybe I should read about the fox and the stork or perhaps, the ant and the cricket. ..