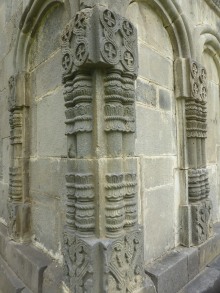 Georgia, my adopted country, has a rich religious heritage. Georgia was the second country to adopt Christianity as the official religion, after Armenia. Religion is important for the majority of the population, despite Stalin and the communists attempts to eradicate religious practices in the Soviet years.
For more interpretations of the theme, click the link: Heritage