“The Fox and the Stork” is a tale with a moral. 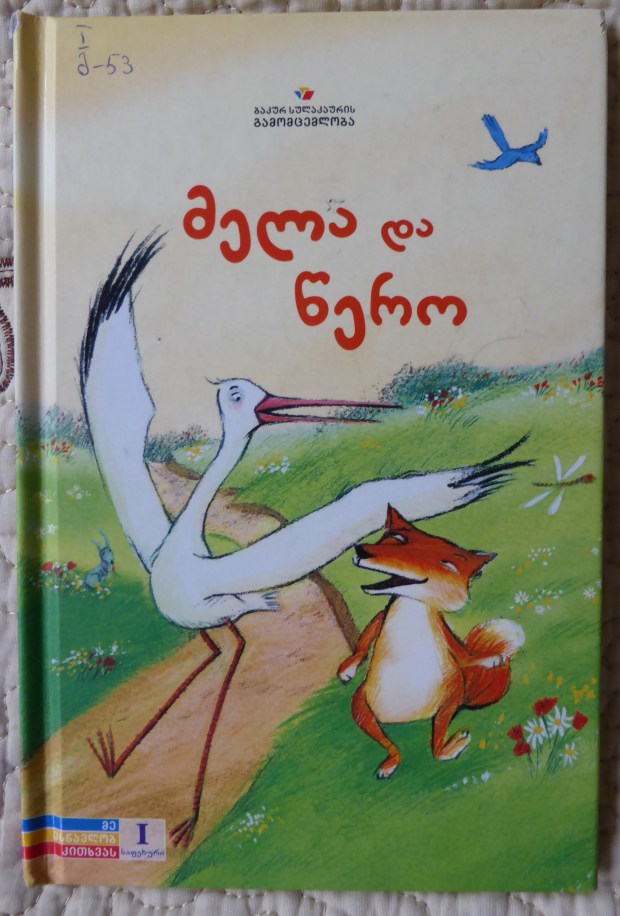 I first started reading books in a foreign language when I lived in France. In January 1993, I read Jules Verne’s classic science fiction novel Voyage au Centre de la Terre in French. I knew the story having read the book previously in English and having also seen the film. It took me a month to get through the novel underlining words I didn’t know, checking in a bilingual English-French dictionary and marking the book in pencil with the English translation. I have since read over a hundred books in French. 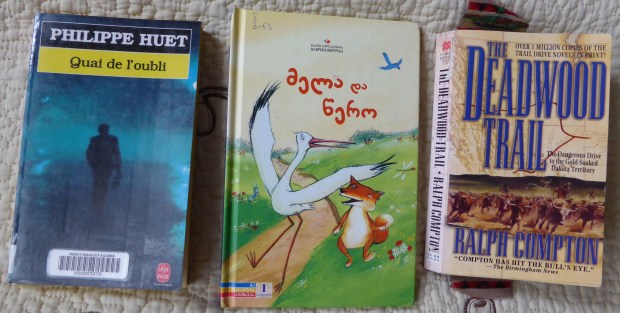 I now have books in three languages to read. I no longer need a pencil and dictionary for reading in French, only occasionally do I find a word, I don’t know. The Georgian book is a library book, so I won’t mark it. I use a notebook to copy out each line of Georgian then use a combination of what I know, Google Translate and my wonderful Georgian wife, to translate each line into English. I am not at a stage yet, where I can think in Georgian. 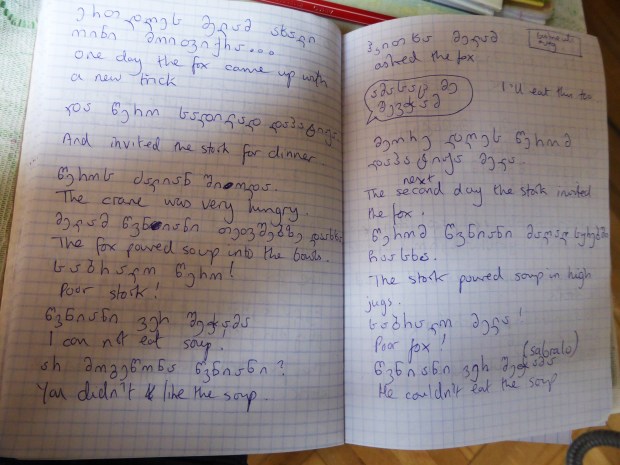 The books are short, so I can get through one in a couple of hours. 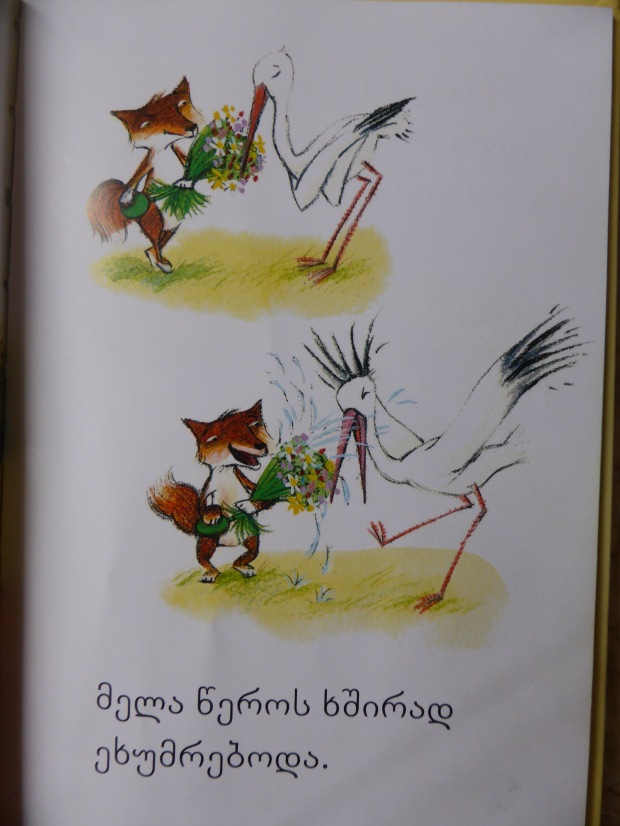 This story is about a fox (მელა) and a stork (წერო), who are friends but the naughty fox likes to play tricks on his friends.

The fox had an idea for a new trick and invited the stork to lunch. The poor stork was unable to eat the soup from a bowl. 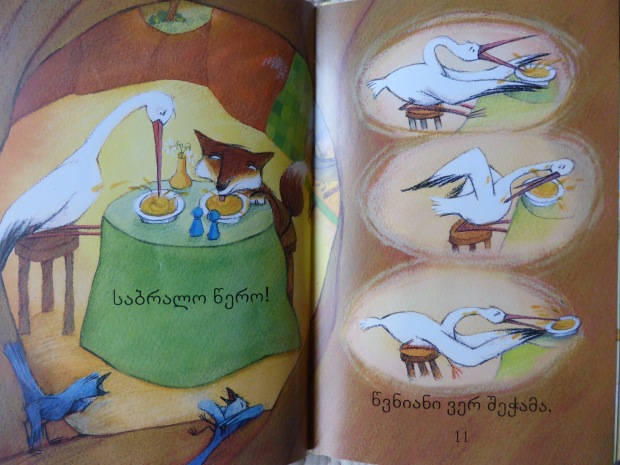 საბრალო წერო! Poor stork! You can see her difficulties from the delightful illustrations.

As you might have guessed the stork got her own back, inviting the fox for a meal which he couldn’t eat, because it was served in tall thin glasses. 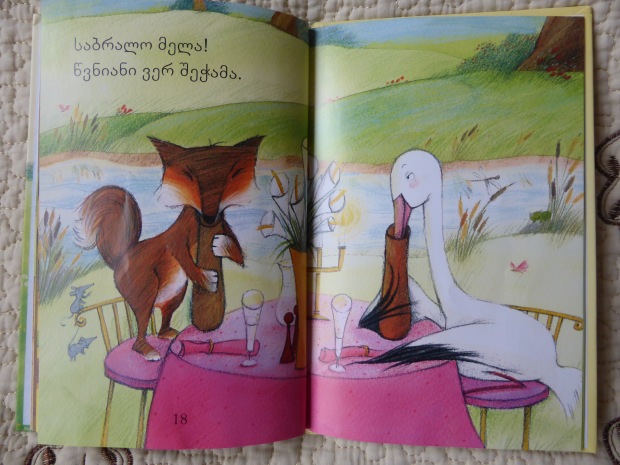 The moral of the tale being: always treat your friends well and they won’t trick you.

Now I have a third book in the Usbourne first reading series. 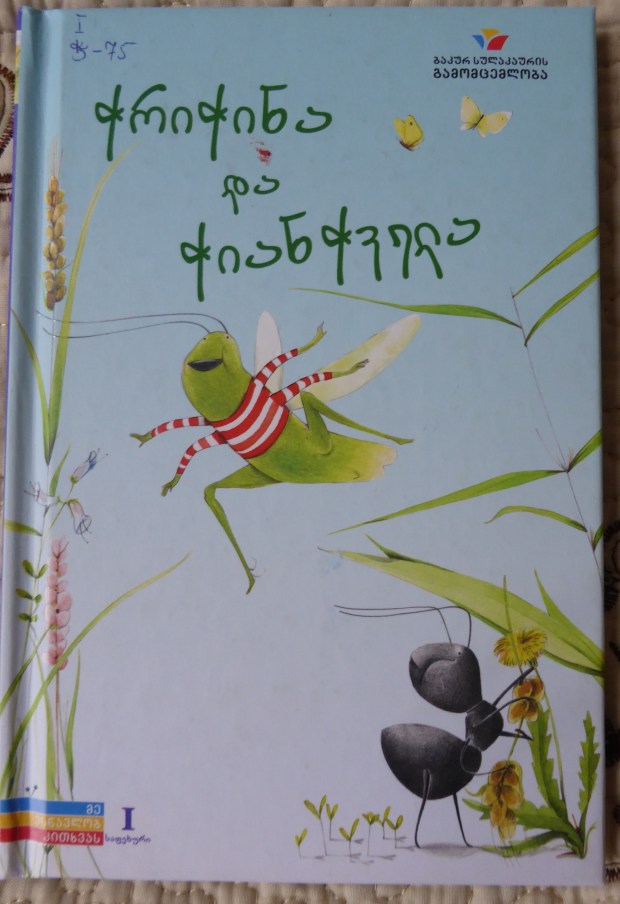 ჭრიჭინა და და ჭიანჭველა (The Cricket and the Ant). I think it will be a while before I can read the works of famous Georgian writers like Rustaveli, Vazha-Pshavela or Tabidze in the original Georgian.